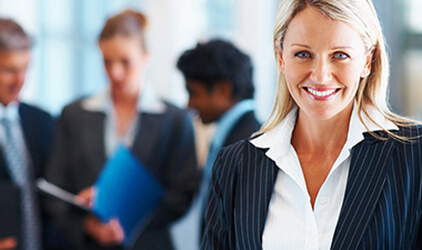 Seattle Traffic Tickets has a wealth of experience in providing legal advice to motorists charged with a wide range of traffic offenses including suspended license, DUI and speeding tickets.

We strive to offer professionally researched information that you can count on to save you from spending countless hours of your precious time in court, and more importantly hundreds of dollars in fines and raised insurance premiums.

In the advanced technological era we live, there’s little or no chance to cry foul when you are caught speeding. Seattle Police officers are well equipped with top of the line radar and laser guns to catch speeders and use cameras to enforce the 20 MPH speed limit near elementary and middle schools.

Furthermore, Seattle Police are also equipped with helicopters that they use to track speeding motorists from the sky. The best tip on avoiding a speeding ticket in Seattle is to obviously avoid speeding. Speeding is also a contributing factor to a high number of fatal crashes and deaths each year, so driving within the speed limits can help prevent you from adding to these numbers.

DUI (driving under the influence) & DWI (driving while intoxicated) – two acronyms that are often confused with each other, most notably because there is no national definition of either violation. Many states will in fact punish these offences differently, given that the two offences often refer to the same, but different driving behaviors.

In Seattle, DUI is also referred to as DWI, and is a basically a person convicted of driving under the influence of alcohol when caught driving with a blood alcohol that is .08 percent or higher. DUI or DWI charges are not just limited to alcohol, but also recreational drugs, and driving when your prescription drugs impair your abilities.

In any case, both are serious offences in Seattle, and are governed by a few rules and procedures in the Municipal court of Seattle. It gets a bit trickier, given that most courts in the state of Washington take over a few weeks to file your case, whereas Seattle requires you to appear in court within the first 48 hours. And what’s worse is that Seattle prosecutors always seek a considerably high bail, and a number of pretrial release conditions on every DWI or DUI case.

Take note that the same penalties are applied as driving without insurance even if you have some coverage but fail to meet the aforementioned coverage requirements. You may face license suspension if you do not have your proof of insurance at the time of the collision. But on a brighter note, you do have sixty days from the time of the accident to provide insurance documentation to the WA State Licensing department to avoid license suspension.

Both the Seattle Department of Transportation (SDOT) and the Washington State Department of Transportation (WSDOT) keep track of the number of vehicle accidents in Seattle. If you have been injured or involved in a car accident has tragically taken the life of your loved one, it is important to get in touch with an experienced Seattle car accident attorney to learn about your rights to compensation. In terms of numbers, the WSDOT reported approximately 12,000 vehicle collisions in Seattle in 2018, out of which 20 involved fatalities.

Seattle is equipped with several red-light cameras that have caught thousands of people running red lights. When you run a red light in Seattle, the city is kind enough to send you a ticket in the mail, which is the same amount as you would pay if you ran a red light in front of a police office.

However, there is often some debate with regards to traffic-light infractions, because the cameras photograph the vehicle’s license plates, and can’t determine the person behind the wheel.  If you feel you have been fined incorrectly, it is best to speak with a Seattle attorney to see if the charges can be dropped off your record and have the traffic ticket dismissed.