Driving with a Revoked or Suspended License? 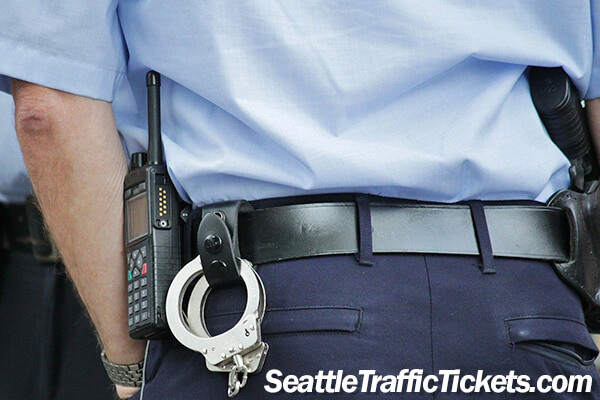 In Seattle, driving a vehicle without a driver’s licence or with an invalid licence is considered a serious criminal offence. An invalid licence is a licence that is either suspended or revoked. Once caught driving with a revoked licence, you may encounter one of 3 degrees of charges that are referred to as DWLS (driving with licence revoked). These are the DWLS degrees: DWLS-3, DWLS-2 and DWLS-1.

What is a DWLS-1 Violation?

DWLS-3 is the most common invalid licence charge drivers receive. This DWLS to the third degree occurs when a driver is using a vehicle with a revoked or suspended licence but is still eligible for a reinstatement. Most likely this happens when the DOL (Department of licensing) revokes the licence due to ignored traffic tickets, no proof of insurance or violation of certain terms of a driver license. This charge can result in 90 days imprisonment and up to a $1,000 fine. An experience lawyer can help fight these charges by helping you get your license cleared from revocation and by negotiating the prosecuting lawyer.

What is a DWLS-2 Violation?

DWLS-2 is a gross misdemeanor. This charge is given when a driver is using a vehicle with a revoked licence and isn’t eligible for a reinstatement. This could be due to a past conviction or DUI allegation. This is more serious than the DWLS-1 charge. If the license is still revoked or suspended from the one of the DUI charge or a conviction, then there are high chances that will be a probation hearing will take place to determine if your condition was violated by operating a vehicle. The penalties from a DWLS-2 charge are sending the driver for up to 364 days in jail and a $5,000 fine. An experience lawyer would help by representing you during the hearing and finding ways to get back on track.

What is a DWLS-1 Charge?

DWLS-1 is a gross misdemeanor and also leads to severe minimum penalties. This is committed when the driver is operating a vehicle with a revoked license as a habitual traffic offender due to multiple charges from the past. If you are dealing with a DWLS-1 case, it would be very beneficial to hire an experienced lawyer to defend your rights, analyze every angle of the case and provide you the best solutions for a possibility to have these charges dropped entirely. DWLS to the first degree gives a penalty of is punishable by up to 364 days imprisonment and a $5000 fine. It also, carries a mandatory minimum of 10 days imprisonment for the first offense, 90 days minimum imprisonment for the second offense and 180 days minimum imprisonment for the third offense. While these penalties are imposed by the government, a DWLS conviction can have complications on your personal and social life, such as loss of employment.

The Washington State Department of Licensing is a great resource for additional information on traffic violations related to a revoked or suspended license: http://www.dol.wa.gov/driverslicense/suspended.html.

An attorney experience with revoked licence cases can help you avoid paying monetary fines, spending time in jail or stop any further issue to surface. Great attorneys can actually challenge the DWLS laws. Be sure to keep the ticket because the more documents you have, the better the lawyer can represent you. A common factor that leads the defendant to losing in court is the inability to act quickly which often leads to failure of gathering all necessary information, either in memory or documented on paper. Contact your lawyer as soon as you’re given a DWLS charge to start the process to consult and come up with a plan that can protect you money and keep you out of jail.