Is Reckless Driving a Felony in Seattle? 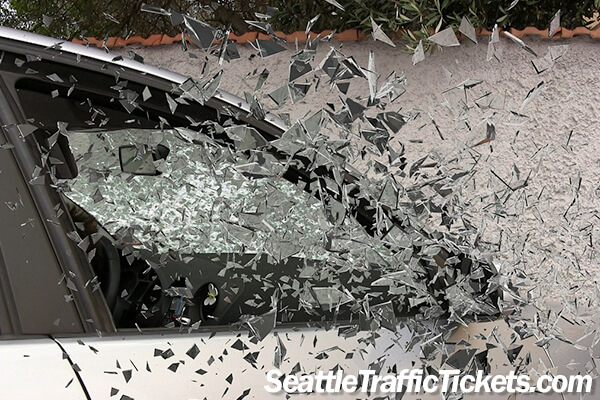 You might get arrested for reckless driving when you drive your car, which could pose others at risk. Compared to other laws regarding someone’s way of driving, including speeding violations, the case of reckless driving will depend on each case of a driver.

It cannot be denied that modern life made people to be encouraged to drive their car. That’s why most countries enforce strict systems of law. These traffic laws and regulations govern the way drivers operate their cars. Considering that vehicle should be operated properly if you will drive it unsafely and recklessly, you are committing a crime. Any driver who is charged with a crime of reckless driving will be fined with penalties.

In Seattle, the crime of reckless driving is deemed to be a serious traffic offense. If you get charged with reckless driving, you will receive substantial consequences. Therefore, understanding the law is as important as learning how to drive properly.

As the RCW 46.61.500 stated that “Any person who drives any vehicle in willful or wanton disregard for the safety of persons or property is guilty of reckless driving.”

Different driving behaviors, such as erratic driving and street racing that could lose the driver’s control over the car, can lead to an arrest for reckless driving. In some states and other drivers think that reckless driving is the same as “negligent driving.” The great difference between these two traffic laws is that the latter has a lesser charge.

Important Things to Know About Reckless Driving in Seattle

Here is the essential information that you need to keep in mind about reckless driving in Seattle. Read on to know further.

When you are charged with reckless driving, then your case is sent to court. When the case is in court already, the judge will weigh several factors that will determine the right penalty for the crime you committed. The different factors include the familiarity of the driver with the road, the vehicle’s quality, the presence of animals and other individuals, the weather condition present when the crime was committed, and many more factors.

As we mentioned earlier, reckless driving can pose a high risk to other individuals present on the road. But it is imperative to keep in mind that reckless driving is possible even people or other animals are not around. Not only that, you can still be arrested for reckless driving even there is no damaged property. You will be considered a reckless driver if you have risked yourself in danger.

Reckless driving can be defined as simple as being negligent or creating a mistake that could risk their lives and others. To avoid being fined for reckless driving, you must pay close attention to the traffic rules and regulations enforced in your state. On the other hand, the court will not recognize the driver’s mental state when the crime was committed. It is enough for the court to recognize the situations of the event, which leads the driver to determine that he or she is driving unsafely.

Reckless driving is considered to be a misdemeanor offense. This means that a driver can be charged with the crime and convicted to at least one year of imprisonment. On the other hand, some states considered the crime as a felony, including Seattle. This means that the driver could be convicted to be in jail for two or more years. Keep in mind that the crime would be considered a felony only if the committed crime injured other drivers or people around it.

Aside from imprisonment, reckless driving causes fines. But take note that the fines will depend on different cases as well as the driving history of the driver. But the fine is ranging from hundreds to even thousands of US Dollars.

One of the common convictions for reckless driving is probation sentences. But this will depend on different factors. If you are sentenced with probation, you are required to follow and comply with their term, including not committing other traffic crimes, talk to a probation officer regularly, and find a job. If you violate the terms and conditions of probation, it will revoke the court and will be forced to get you in jail. Take note that the probation sentences could last for more than one year.

If you are charged with reckless criminal driving and end up in court, you will need a professional lawyer or attorney. There are lots of law firms that you can find in your place, especially in Seattle. An attorney will help you to get free from a traffic ticket given to you by a traffic enforcer.

If you still have questions about your traffic ticket, we advise you to call us. Our lawyers will help you to get out of the traffic crime you committed. To answer whether or not reckless driving is a felony in Seattle, the answer is yes.